At the end of last year I completed my masters degree – a Masters of Research in Urban Studies. My dissertation proved to be a great opportunity to investigate a topic which had really caught my interest – the decline in young people opting to learn to drive. I wanted to know what was causing this trend from an individual’s perspective. 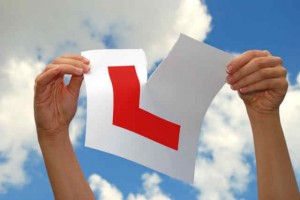 Through a series of interviews with a group of young non-drivers I was able to gain some fantastic insights into the mix of priorities, attitudes and lifestyles which were contributing to their decisions not to drive. As you might expect, I did find that cost of driving was a factor of importance to the participants but, primarily this was due to individuals needing to prioritise their spending towards other costs such as university fees. In a similar way as with their money, participants explained they had to prioritise their time. Many had various time pressures, which left little to allocate to learning to drive.

Other researchers have found that emotive feelings towards cars have declined when comparing today’s young people to previous generations. My findings concurred – many of the interviewees had initially been excited about learning to drive when they turned 17, but their interest had quickly faded. This appeared, in part, to be caused by perceptions of the complexity of owning and maintaining a car. In contrast, public transport, walking and cycling were seen as positive transport options for these young people, who held largely pragmatic attitudes to choosing how to travel. Benefits arising from non-car travel, including lower environmental impacts and improved personal health, were additional key factors for some individuals.

One area I’d love the opportunity to investigate more in the future is the broader set of unique attitudes shared by this generation – Gen Y – and their impacts on transport choices. Other researchers have suggested that Gen Y have high long-term career ambitions but that they are simultaneously realistic in the short-term about what they will be able to achieve. This corresponds with the attitudes that some of the participants held towards cars; they knew that ultimately they wanted to drive, but there was no immediacy in their desire to learn. Additionally, researchers have highlighted a shift in views as to what classes as ‘entering adulthood’ amongst Gen Y in comparison to previous generations. Internal and individualistic qualities are more significant now, whereas the achievement of social milestones (such as getting married) would previously have been the most significant indicators of adulthood. My interview findings seemed to agree, as the participants were highly focussed on their own development (e.g. educational or career development) and how driving might support this development, rather than on the achievement of passing the driving test itself. I wonder what other shifts in attitudes might be part of this story?

Within my dissertation I also took time to start to consider the longer-term expectations around the trend of non-driving – will these young people remain as non-drivers, or are they simply delaying learning? I’ll discuss this in a later post.